Manifest. The company started in 2003 by President and founder of Dionysis Ammolochitis and his mother. He derived the sales area closed to suit the agreements with customers and then put his form to assist in cleaning of buildings. Plus the Manifest is one of the leading Greek societies building facilities (Facility Management). More than 500 employees throughout Greece.Counts turnovers reaching the 7.5 mil. Per year and has a clientele of large companies

such as Coca-Cola and Nestle. Most recently he accepted and the first investor, SouthBridge.

The company grew with time and continued and even expanded in the crisis. Like Mr. Ammolochitis the last five years explains the Manifest able to double its size. “It is no coincidence that between 2014-2015 the company increased its profit by 300%, ”

Today, “we area productive and growing group professionals, with more than 500 employees providing specialized services in 1000 buildings, “says Mr. Ammolochitis. But what do a facility management company? “Generally Everything having to do with the management of premises.

Cleaning, storage, management of supplies, the energy management and maintenance, “explains president and chief director of Manifest. “We are saying to companies is to exercise

their activity and everything else to leave them to us, saving you time and money, “he adds.

3.5 million Investment. Euro But 2016 was a year of Keyword Manifest, which welcomed and

the first investor. The company investment holding SouthBridgeproceeded to an investment of 3.5 million in the Manifest. SouthBridge is an investment fund- where private part funds and institutional investors such as the European Investment Fund-which supports SMEs in Europe to boost their sustainable development. “With this investment opportunity in Manifest accelerate their growth and to expand business, “says Mr. Ammolochitis. Today Manifest manages 1,100 buildings, employs 500 staff in Greece, operates in eight countries and 75% of its clientele are multinational groups. “An interesting point is that “Produce” more than 3,000 man-hours a day for our customers”. One of the most recent collaborations concern at hotel Santorini Grace’s group. 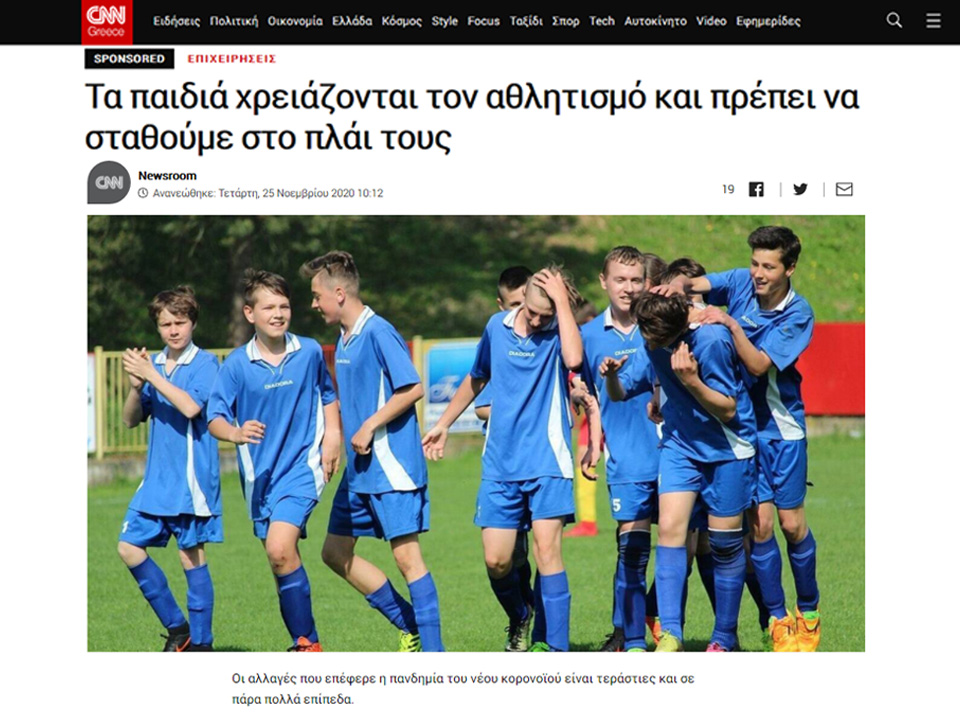 Article by CNN.gr for the CSR campaign of Manifest “Kids Need Sports”

Interview of Dionysis Ammolochitis on ALPHA 9.89

Dionysis Ammolochitis talks about the role of Facility Management